Understanding the gap between renting and buying 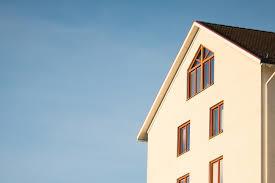 Recent figures and headlines from Halifax have been reporting that the difference in the cost of buying and renting has been reduced to the lowest level in nearly a decade. Having said that, taking a closer look at the study, across the whole of the UK, average monthly buying costs are still significantly lower than average rental costs.

The picture in the Greater London area is also at odds with the headlines being reported; on average monthly buying costs are 21% lower than average rent. In real terms over a year this equates to an average annual saving of £4,475 for those who can afford to buy their homes rather than remain in the rental market.

There's more than just costs to consider when weighing up which is the preferred option in your own circumstances. For many professionals, a flexible living situation is required; work may lead to relocation, whether nationally or even for some a move abroad. Incidentally this is also a solid counterpoint against the idea of mandatory long leases.

Whilst Rolfe East are firmly in favour of home ownership, and believe that this is a worthy goal for most individuals and families, there are many lifestyles and industries that require flexible living and the ability to up sticks regularly.

Rents have, in fact been relatively subdued, in the last two years or so whilst wages have increased in real terms so it's not at all bad news for those who are renting. With changes in the taxation of landlords, banning of fees to tenants and 'selective local licensing' driving up further costs to landlords though, there is bound to be upward pressures on rent forthcoming.