A ban for estate agent boards? 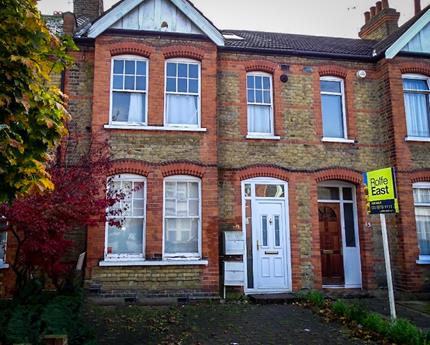 Recently, Camden Council has taken steps towards a ban on estate agent boards without planning permission, going as far as writing to the Department for Housing, Communities and Local Government late last month to ask for these powers. According to planning chief and councillor Danny Beales, their local consultation revealed an ‘overwhelming majority’ of residents in Camden support the change.
Jon Hadfield, Director of Rolfe East Estate Agents who's multiple offices cover Ealing, Northfields, Acton, Greenford and Sherborne says:

"Firstly, it’s worth mentioning that councils can enforce legislation (Under the Town and Country planning act)  controlling the placement of agent boards, but unfortunately it’s often the case that they simply do not. Agents’ boards have become a form of misleading advertising (for the less than professional in the industry), with some erecting boards declaring ‘sold’ or ‘let’ when they haven’t, or boards left up for much longer than the 2 week maximum after completion. How many boards have you seen in your area that have been up for well over 2 weeks, probably even months?"

We tested the London Borough of Ealing's appetite to act recently by sending them photographs and addresses where some 'Sold' or 'Let By' boards had been in place for excessive periods of time ,or when there had not actually been any transaction at all! The response from the Borough was complete silence.

Councils may be under-resourced to enforce the current rules on boards, but requiring planning permission for displaying all boards will probably cause a greater administrative burden, so might it not be better to get rid of boards completely?

Agents who are not manipulating the market with false boards (and similarly false online listings; that's another topic in its' own right) would probably agree that it might be better just to ban them completely, removing the overhead from estate agency, creating a more level playing field, and also saving local councils the time and money it would take to effectively monitor estate agent boards.

So the ball is in the court of the local authorities, should they ban boards though it may create an even bigger wild west on the property portals for misleading advertising to gain financial advantage. But we will save this subject for another day.