Entering the prohibition era for leaseholds? 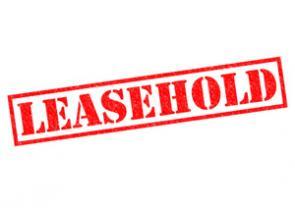 The  government has shifted its focus onto the issue of leaseholds, and this  looks set to be the new hot topic, a welcome relief and change of focus  from letting fees, private landlords  and stamp duty! Under new proposals that are now in an eight week  consultation period, leaseholds for new-builds will be prohibited and a  reduction in ground rents will be sought after.

Estimates  put just over one fifth of the private housing in England in the  ownership of leaseholders, and houses make up one third of this total,  the rest being flats and apartments.  With the proposal being that new houses can no longer be sold as part  of a leasehold arrangement, this should stop the growing issue of  homebuyers being exploited by unfair agreements and unfettered  escalation of ground rents.

Of  course this doesn't necessarily solve some of the issues that those  already living in leasehold properties are facing, though the fact that  the government are alive to the issues  is a positive sign.

The  implementation of the proposals, provided that there are not  significant changes made after the consultation period, should not be  too problematic. Going forward however, whilst  for houses there doesn't seem to be much sensible argument for a  leasehold arrangement, for flats and apartments the picture is a little  more complex. Over the past few years the situation has shifted in  favour of leaseholders in apartments and flats, with  the statutory right to extend leases, Leasehold Valuation Tribunal, and  Right to Manage all being a step in the leaseholders' direction.

Elsewhere  in the world, many flat-dwellers do retain full ownership of their  homes through various forms of tenure. Perhaps with this discussion of  leasehold for homes there is an opportunity  for a wider discussion about better systems of tenure for flat owners.  Commonhold never really took off in the UK as an alternative to  leasehold, which had the important distinction of not decreasing in  value in the same way that short leases do, but there's  plenty examples from around the globe of systems of tenure that don't  penalise flat owners. We deserve a system whereby the agreement is like a  lease, but isn't bound by time, and also where ground rent fees aren't  prone to escalate ad infinitum.