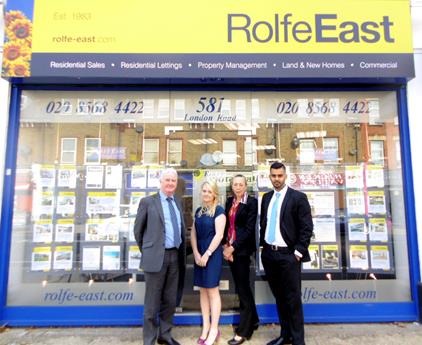 Since I became sales manager, back in July, the property market in Isleworth has been incredibly robust, with achieved prices for homes in the area continuing to boom.  This is, in part, as a result of the increased demand for properties because of encouraging economic growth, but also due to the amount of property stock available.  So, in order to provide more opportunities for first-time buyers, a number of large developments have been built within the area, with Government funded schemes such “Help to Buy” available to help take that exciting initial step onto the property ladder.

Isleworth has a very well-documented history, which I have taken a keen interest in throughout my employment here and learned a great deal.  For instance, how many people know that Vincent Van Gogh lived in Isleworth? Yes, he did, and he actually lived on the Twickenham Road just moments from our Isleworth office!

Even though this just one example, it demonstrates the wealth of history Isleworth has to offer and that we operate in an area that may have been previously underrated…but no longer!  Due to the continuing expansion of London, there has been a noticeable increase in the amount of prospects and new developments locally; and with the close proximity to the riverside and nearby Richmond and Twickenham the desirability of the area has greatly increased.

Additionally, as many resident “Isleworthians” regularly commute find, the transport links are excellent; within walking distances of tube stations (operating on the Piccadilly line) providing access to central London – as well as its own overground station with frequent trains to Waterloo – and with prime road links to the capital.

Furthermore, the area provides an excellent choice of both primary and secondary schools that register “outstanding” in Ofsted reports, two National Trust parks a mere stone throw away from our office, and large and well-established companies such as GSK, Sky, and BMW providing employment and keen on working with the local schools.