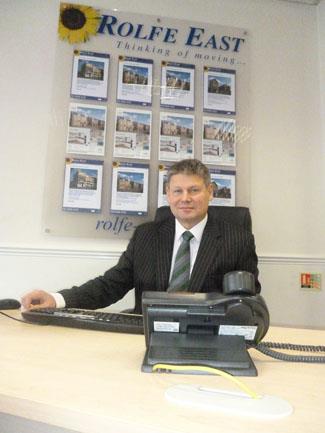 The New Year began with a new view of things, as on 26th January OnTheMarket launched and with it - via the new portal on the block at OnTheMarket.com - you can now view hundreds of thousands of properties to buy or rent all over the UK and, crucially, every property will be on offer from locally based estate or letting agents. This means whether you're looking to buy, rent, sell or let a property you know that you'll be dealing with local experts who you can meet face-to-face.

So, how’s it going so far, and if you’re old enough to remember it’s not, “Rubbish,” as Eric Morecambe said, it’s actually going very well, thank you.

There have been quite a few scare stories from Zoopla, which was predictable and understandable as it is a serious challenge, with negative comments that it’s uncompetitive, bad for freedom of choice and the new boy is not doing very well. I’m not quite sure how that stacks up, as it confronts the duopoly of them and Rigtmove and gives another choice for customers?

The fact is it’s a new start up and it has the full commitment of agents behind it who are going to make sure that its success continues, since when is lack of competition a good thing?

The key point, which is significant as far as Rolfe East is concerned, is that it’s a mutual, whose sole aim is to market properties and the fee that On The Market charges goes directly back into marketing the property – that has to be good for the consumer, doesn’t it?

Essentially, we think it is a better service and that customers will benefit from the simple, uncluttered, search function and exclusive content – and that the site does not have adverts. Zoopla and Rightmove do and this has increased due to losing customers, as has been reported in the media, and the need to make up revenue.

However, as with everything, you really need to decide for yourself and make your own mind up, so go have a peer through the portal!